Wish FM 107.5, a radio station in Manila, created its YouTube channel in August 2014 and gained 1 million subscribers in March 11, 2017.  But last April 25, 2017, YouTube company decided to temporarily shutdown the radio’s YouTube channel due to multiple copyright claims from third-party groups. 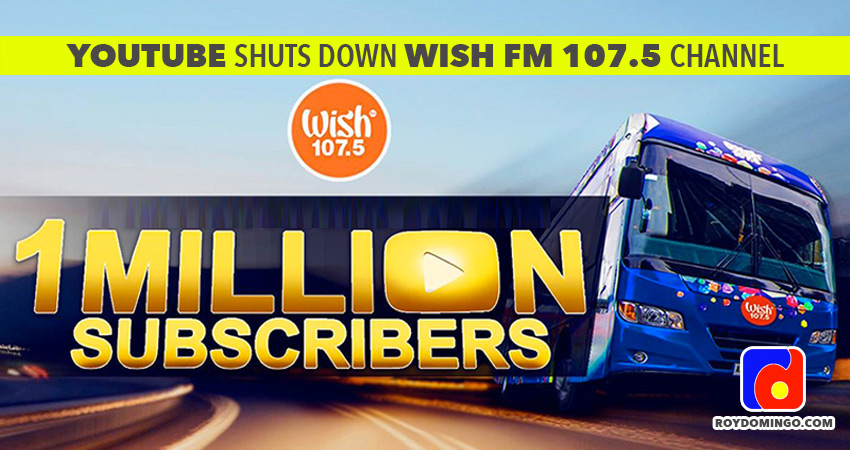 Then, on April 29, 2017, Wish FM 107.5 created its new YouTube channel with new videos.  Also, the radio station made sure that all videos posted comply with the terms and conditions of video sharing service provider YouTube, a company owned and operated by Google.  YouTube is strictly implementing its policies on copyright claims submitted by third-party complainants.