Wake Up Call for OFWs

Last June 16, I’ve read an article from the arabnews.com which is entitled, “Imagine a world without Filipinos“. While reading the article, I was so amazed on the words the writer used to describe the attitude of my fellow Filipino workers. The sentence, “They are known for their professionalism and the quality of their work.”, made me realized so many things.

If Filipinos are considered good workers in other countries, why is it that Philippines is still a poor country where in fact there are 80 million more Filipinos there? Does this tells us that people running the Philippine government are non-professionals that they failed to uplift the lives of the Filipinos? 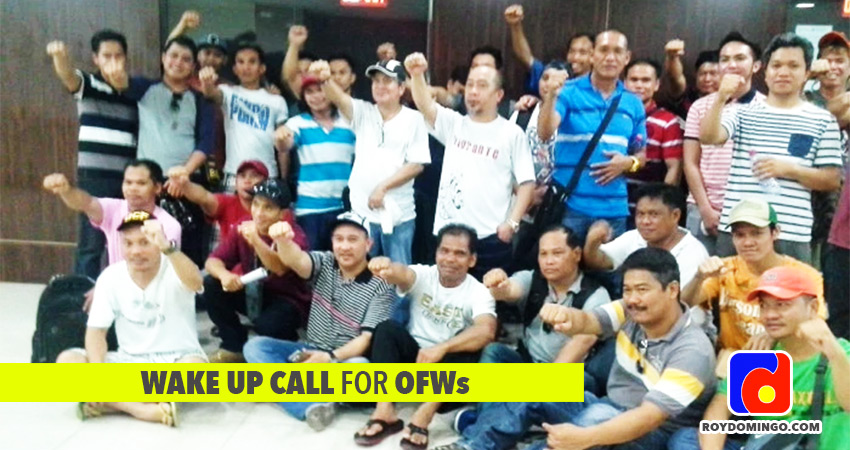 If OFWs (Overseas Filipino Workers) are really considered as heroes, why is it that OFWs are so afraid in facing those thieves in the Philippines? Stop this illusion. OFWs are not heroes. They just work abroad for their families and not for our country. That’s it. 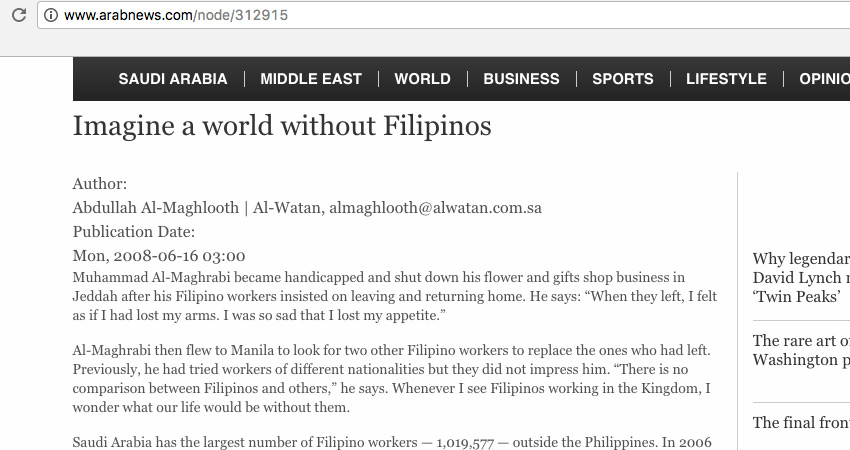 The arabnews.com’s article is a wake up call for OFWs to realize that OFWs have the ability to clean the Philippines and improve the lives of the Filipinos. OFWs don’t want to be forever exploited by many countries. OFWs have to do something so they can go home and serve their fellow countrymen. OFWs should further prove to the world that they can change our country and Filipino image.