I am not a smoker. Though I have tried smoking during my high school days due to peer pressure, my body’s violent reaction made me realized that smoking is not good for me. From then on, I tried to avoid smelling cigarette’s smoke and stayed away from smokers.

My nose became so sensitive that I would see to it that if I ever go inside a disco bar there should be a non-smoking area. I can’t breathe in a room that is clouded with smoke. I became allergic to it.

But there is this kind of smoking that made me to like the smell of its smoke. It was introduced to me by an Arab friend last year and I was so shocked to see that it comes in a different form. It is called Shisha or Hookah and its common english term is hubbly-bubbly. It’s not as small as a cigarette. It is single-stemmed water pipe that operates by water filtration and indirect heat. The smell of the smoke varies according to the fruit flavor that is being used. Apple, strawberry, and grape flavors are my favorite ones because the smell of the smoke is not irritating to my nose. 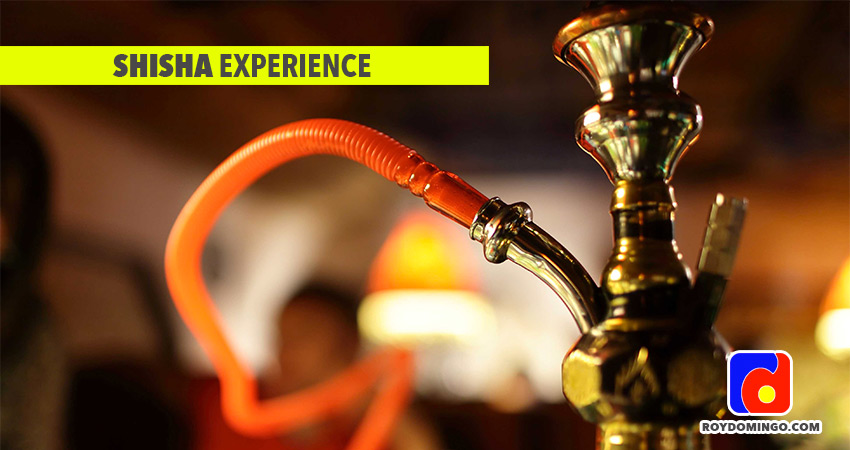 My curiosity forced me to try Shisha. And guess what? I like it. It’s addicting on my part but I have to know first the health issues of shisha smoking. So, I immediately made a research about it. To my surprise, Shisha is worse than a cigarette.

According to the website, www.ash.org, Shisha’s waterpipes have three lethal risks. First, coals and fumes add new toxins to the already dangerous smoke. Second, Shisha smokers inhale up to 200 times more smoke in a single shisha session as compared to smoking a cigarette. And Lastly, secondhand smoke of shisha is more dangerous than cigarette. It’s also mentioned in the article that shisha smoke contains chemicals that can lead to heart disease and cancer.

Hmmm. I don’t know what to say anymore but to end this blog about Shisha. LOL.