Now that Q10 model is out in the market, let’s try to compare its physical design and main features with the first BlackBerry 10 model, Z10, which was launched last January and a hit in the UK and Canada market according to BBC News.

Physical Design. At a first glance, the Z10 looks similar to other full touchscreen smartphones such as iPhone 5, HTC One and Sony Xperia Z. On the other hand, the Q10 looks like the BB Bold 9900/9930 with bigger touchscreen and enhanced physical keyboard. Both Z10 and Q10 designs are elegant and in tune with current mobile designs and show a big leap from previous BB models. 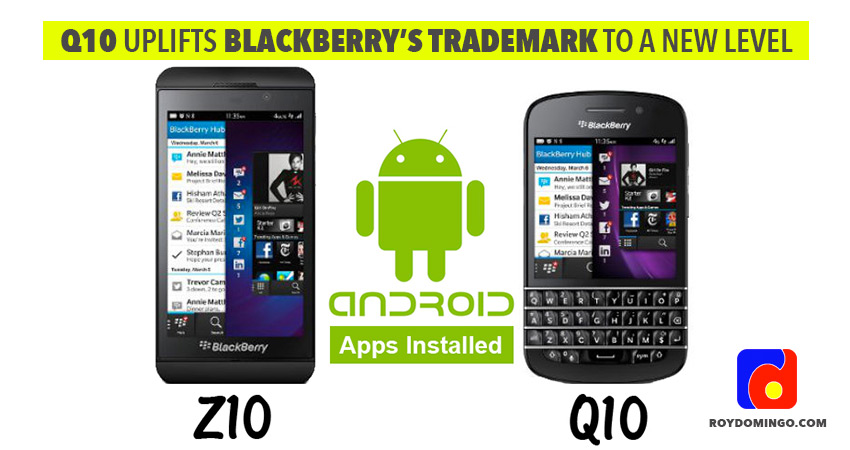 Main Features. The Q10, with Super AMOLED screen, shows a brighter display than Z10. But Z10 has wider screen with 768 x 1280 pixels, 4.2 inches as compared to Q10’s 720 x 720 pixels, 3.1 inches. However, both has 1.5Ghz Dual-Core CPU, 2GB RAM, 16GB internal memory and memory card slot. Also, both has 8MP primary camera with LED flash, HD video recording features, and 2MP secondary camera for video chatting. One great feature of BlackBerry 10 that will surely bring back more users is its capability to run Android Apps.

Now, the question is: will Q10 be as successful as Z10? The answer is a big YES. Why? Because a BlackBerry phone with a physical keyboard is a trademark of BlackBerry and is mostly preferred by BB users.