When I woke up this morning, I immediately turned on my laptop and browsed the internet. Yes! Obama won the election. The feeling was so great. It’s just like winning in a lottery.

Obama’s victory made a history in the U.S. politics. Though many considered him as the first black U.S. president, I would insist that people should see him as half-white/half-black president because his mother is white. 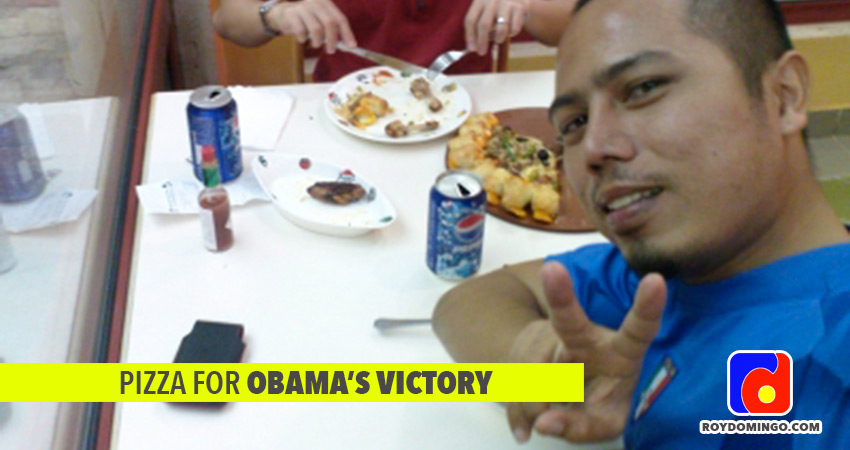 Now, the big challenge for Obama is how to rescue america’s economic crisis and end the war in the middle east. He has to prove that there will be changes within the next four years, not only in the US but in the whole world. Changes that will make the world a more peaceful place to live.

I know that Obama can do it. And for that, me and my friend celebrated Obama’s victory by having a whole pizza and a plate of chicken wings.