OFWs are not yet heroes

Today is labor day in the Philippines and I would like to write something about Overseas Filipino Workers (OFWs).  Loneliness, homesickness, cultural adjustments, and sacrifices are just some of the daily emotional feelings of an OFW is facing.  To stay long in work, one should be immune to those feelings.  Afterall, at the end of the month, there’s money to send home in the Philippines. And that’s what matter most to OFWs.

But are OFWs really heroes or “bagong bayani”? Is giving remittances be considered heroic act? I strongly disagree. Heroes are people who made significant events that uplift the lives of the people and the country to the next level. 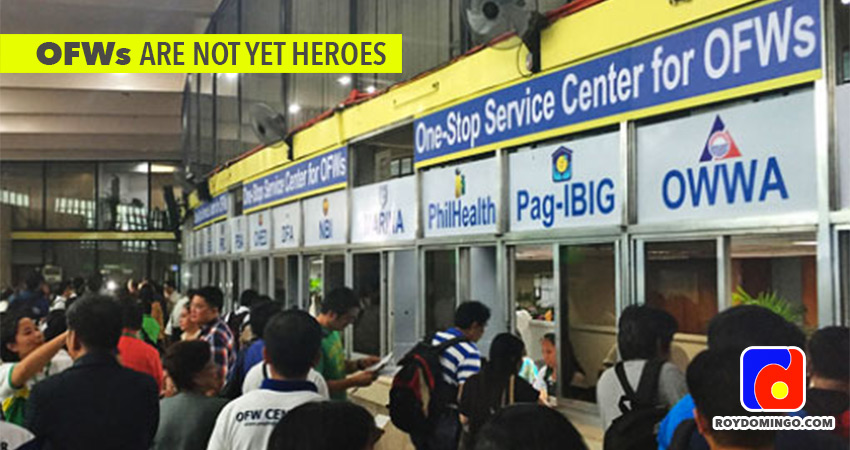 Years of giving remittances change nothing to the situation in the Philippines.  It’s still the same.  Most of the Filipinos are still poor and corruption in the government becomes a hobby.

OFWs still need to discover its power — the power far greater than EDSA I or II.  The birth of this power will only begin if the OFWs will be united and impose the “No Improvements No Remittances” policy to the government.  This powerful policy will pressure the people in the government to minimize corruption and thereby create better services, which, in the end, will uplift the lives of the Filipinos.  Thus, to exercise this power is a clear heroic act and failure to realize this power will remain OFWs as the not yet heroes.