KITAMS (Kaizen Information Technology and Management Services) is my personal website in the Philippines that offers web development services to local and international companies.  I’ve chosen the word “kitams” because it is a commonly uttered word in the Philippines when one has proven that his idea was right. 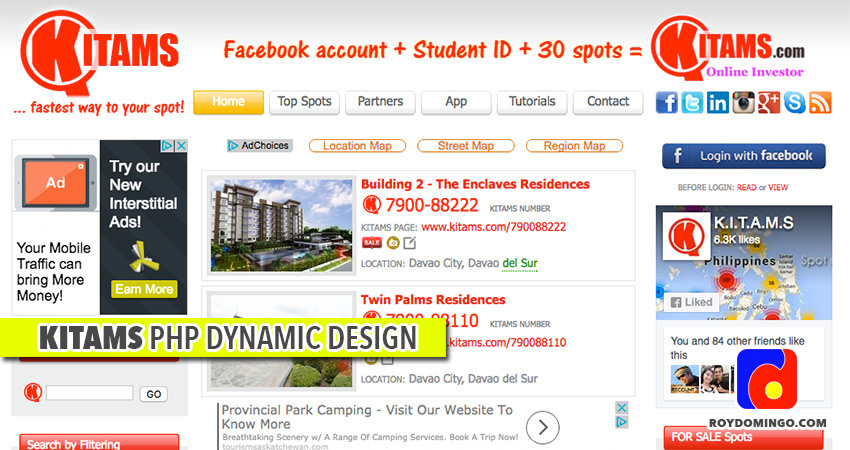 The company, with its new Singaporean investor, made big changes. Aside from changing its name, the company decided to give up its web development services to roydomingo.com and focus on its officially launched, KITAMS Map Service.   Also, its main office was transferred to Singapore, as suggested by the investor.

KITAMS Map Service is an innovative internet tool of map searching using the Google map. As of the moment, it will just cover the Philippines but will soon expand its coverage to Singapore, Middle East and Canada.

May 8, 2013 (Bunawan, Agusan del Sur) – acquired business permit to operate in the Philippines.

April 7, 2014 – Singaporean investors approved the web and app development of KITAMS-Singapore under the domain, spotSG.com.