I have been an active user of Friendster for 3 years already and I was able to see the website’s improvement on its functionality. I thought it’s the coolest social networking site until the time I’ve read about Mark Zuckerberg, Forbes’ youngest billionaire and CEO of Facebook. At the age of 23, his net worth reached $1.5 billion. Wow! That’s a lot of money.

Because of my curiosity of this $15 billion worth website, I visited facebook.com and signed in. I was so amazed when the site gave me right away the list of my possible friends who are also members of the said site. I was impressed because majority in the list are my friends in school and previous companies. Also, the site is user friendly that you can easily customize your account in a short span of time. 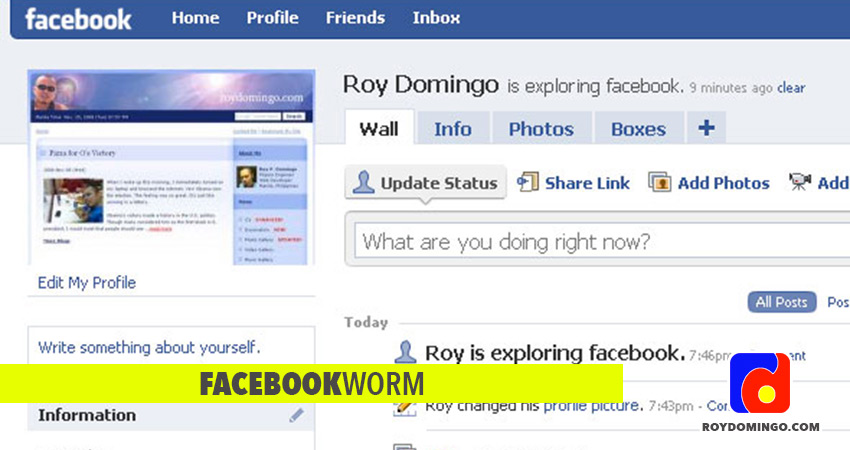 Facebook offers a lot of great applications such as games, quizzes, gifts, etc. that I was not able to see in other social networking sites. It’s applications are addicting that I usually spend 1-2 hours daily in the site.

OMG! I have to end this blog. It’s Facebook time.