BBM PinX App is a web application that I am developing to integrate BlackBerry Messenger (BBM) users with their Facebook accounts and allow them to exchange BBM Pins. The coverage of this application is worldwide.

User of the application must, first of all, have BlackBerry mobile phone with active BBM and at the same time must also have Facebook account which will be used to log-in to the website, www.bbmpinx.com 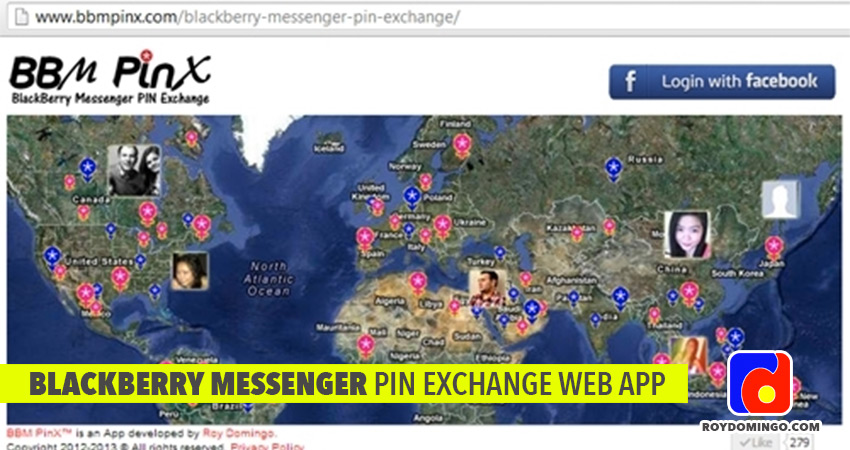 After logging-in, user must enter BBM Pin to receive activation code which will be used to fully access the application. Once activated, user can start searching for BBM friends.

The development of the application will take 3 months and will hopefully be launched on January 1, 2012.

HELP ME relaunch this web app by buying Ads space.  I am also open for partnership.