Most of the mobile phones today, real or fake, are made in China. Fake phones, which look like 95% real on the outside, are priced at 75-80% lower than the real phones.

But how to determine fake phones from the real ones? Some experts say that by just looking at the phone physically, buyer can determine the fake ones. But how about those buyers who have not seen the real phones, what’s their point of comparison? It is also hard to advice buyers to check the Operating System (OS) of the phones for them to know the real ones. So, what’s the best way? 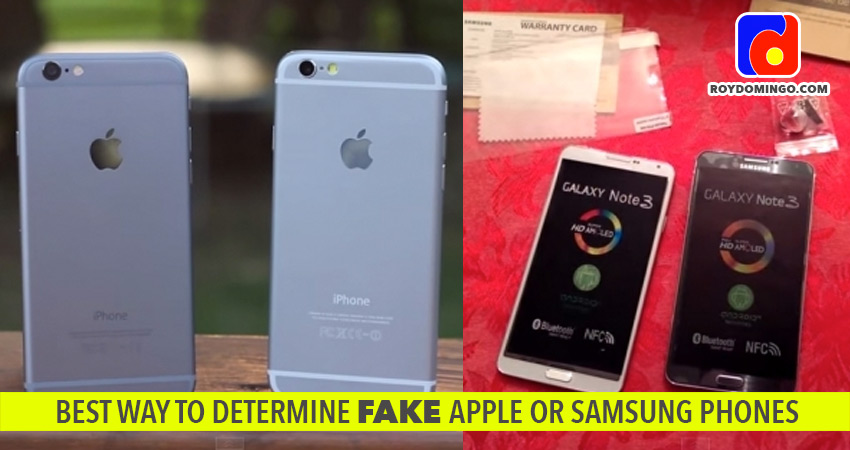 The best way to determine fake Apple or Samsung phones is to get the phone’s IMEI number by dialing “*#06#” and then visit www.imei.info and enter the IMEI number. Buyers will then see the details of the phone they are buying. By just doing this simple step, buyer can surely avoid scammers.